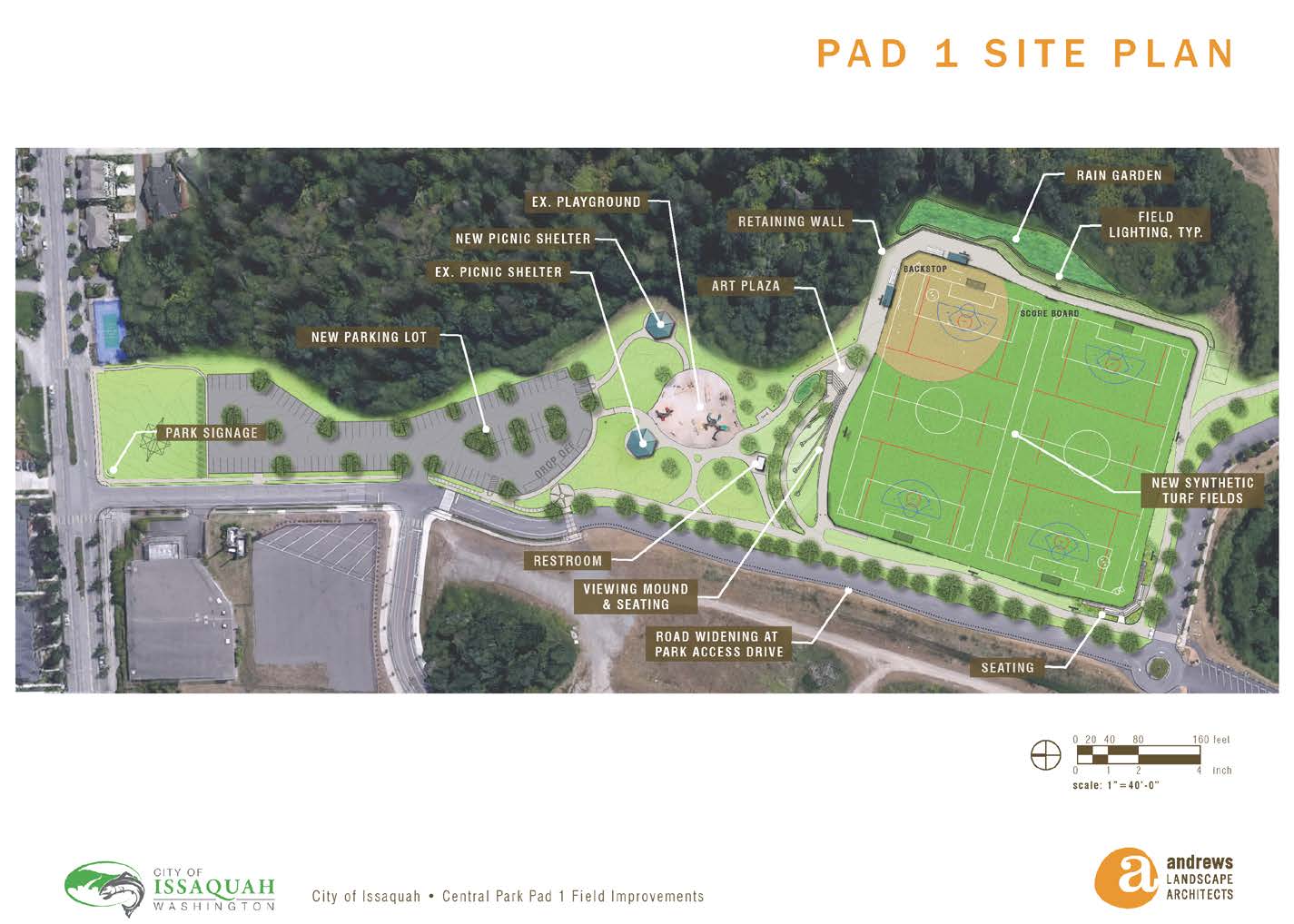 After more than a year of public meetings where Issaquah Highlands residents and park users differed over the future of the park, upgrading Pad 1 Central Park to lighted artificial turf (as passed in the 2013 park bond) has received final approval. Approval came through a Site Development Permit (SDP) amendment that defines Pad 1 and additional park improvements, such as parking and traffic flow. Only the conversion of Pad 1 to artificial turf and lighting is covered by the bond funding. 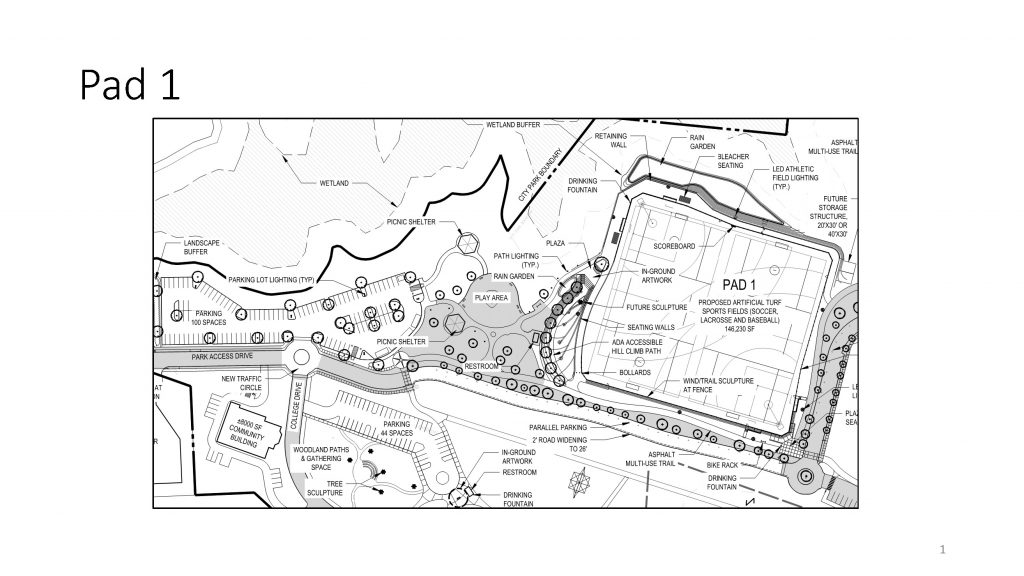 In October 2015, the City of Issaquah Parks Department assembled a Citizen’s Advisory Committee made up of sports team representatives to review and comment on designs that would optimize the conversion of Pad 1 to artificial turf fields. Two town halls, one of which was in Blakely Hall, brought to light other considerations such as light pollution, traffic and parking. Issaquah’s Park Board provided another level of public review and the City of Issaquah Department of Development Services managed the application process.

Now a year later, on Tuesday, November 15th, the Urban Village Development Commission (UVDC) met to review what became a formal application to amend the 2003 Site Development Permit for Central Park. The application visibly showed how it had changed over the year with public input and planning, changes tracked in red or strikethrough type. Parking was expanded, traffic study uncovered new requirements, flow was adjusted to accommodate more vehicles, environmental impacts were mitigated. field lighting standards were refined to require “proposed exterior lighting shall be shielded, hooded and directed to avoid light spillage…minimize glare…”, etc.

One concern voiced in the Public Hearing that got traction with the UVDC was that of traffic safety. Central Park Lane is not only a road through the park, but also provides much of the parking. The upgrades include widening the road for safer street parking. When the field is full and busy, cars are expected to drive more slowly through the park. But even now, when the field is not in use, drivers have been known to use the wide roadway to drive fast. To balance concerns for the wider roadway, the UVDC added two “conditions” to the permit in response to these concerns:

New condition #38: Traffic calming such as fog lines, speed bumps, raised crosswalks, etc. shall be incorporated into the section of Central Park Lane NE that is being widened to accommodate additional parking, in order to slow traffic speeds and improve pedestrian safety.

Only the artificial turf conversion is funded with the property tax funded bond (2013 Park Bond). Other improvements can be paid for with grant monies, some of which the Parks Department has already secured. But some of the improvements, such as road widening and additional parking, require further funding. The City Council is currently considering the 2017 city budget, wherein they could, or might not, approved such funding.

Geoff Walker, Chairman of the Urban Village Development Commission, led the public hearing and commission deliberations on the application. A resident of the Ashland Park neighborhood, and one of Issaquah Highlands’ first residents, he expressed satisfaction with the process. “It was encouraging to see a well thought out plan for Central Park Pad 1 and hearing directly from Highlands residents and sports organizations who support it. Not only will they and others benefit from the improvements, I believe they will act as stewards of the park, its amenities and surroundings, as we all should.”

Construction is scheduled to begin in spring of 2017 on the Central Park upgrades. 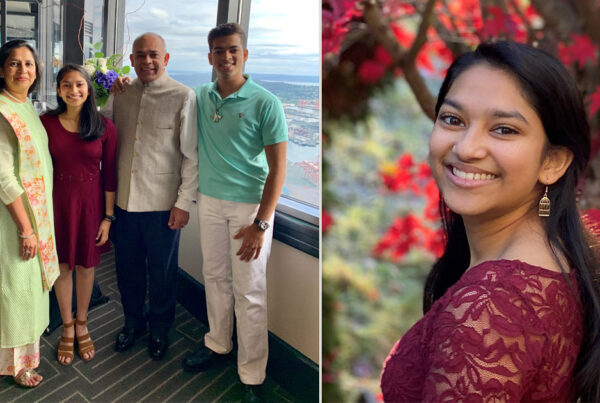