On Tuesday, December 18, 2018 the City of Issaquah, Urban Village Development Commission (UVDC) recommended approval of the proposed single-family residential development on Parcel D in the Issaquah Highlands. Approval of such plat applications is a two-step process; next it goes to the City Council. The council can accept the recommendation or require further adjustments to the application before approval.

The City of Issaquah has owned Parcel D since 2006 when it and other parcels were added to Issaquah Highlands. It is located at the intersection of 15th Ave NE, Falls and College Drives, adjacent to Forest Ridge. It was originally designated as a site for affordable housing units, with up to 50 units. In 2017 the City Council relocated that affordable housing through a development agreement with Polygon Homes. Polygon will now build 49 income-qualified, affordable units on its land west of Highlands Drive. In exchange for that community benefit, Parcel D will be transferred to Polygon with permission to build 10-11 single family homes.

While the increase in traffic is already accounted for in the road design, and parking planned for the new homes is 2X the required parking, concerns about construction impacts resonated with both the commission and the city staff. “We know that construction projects around your home can definitely affect your quality of life,” Geoff Walker, UVDC Chairman referred to one Forest Ridge resident’s concerns. Speaking to the builder/applicant representatives in the room, “If there is anything you can do to mitigate those concerns, I would love to see that.”

The UVDC voted unanimously to recommend the City Council approve the plat application. This application only covers how the lots are divided; driveway, alley and trail placement; on-site infrastructure; and, where public amenities are provided. The design of the homes will be reviewed by the Issaquah Highlands Community Association (IHCA) as a condition of approving building permits. These homes are expected to look very much like those along 14th Place NE in Forest Ridge.

The City Council Land and Shore Committee will likely review this application at their February meeting, making a recommendation to the full council at a subsequent regular City Council meeting.

City of Issaquah Allows Construction Only During These Hours:

Special Saturday construction permits between 9am-5pm may be applied for.

No Sunday work is allowed. 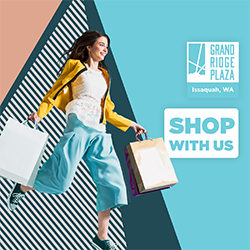