By Charlie HerbOctober 14, 2020Connections
No Comments 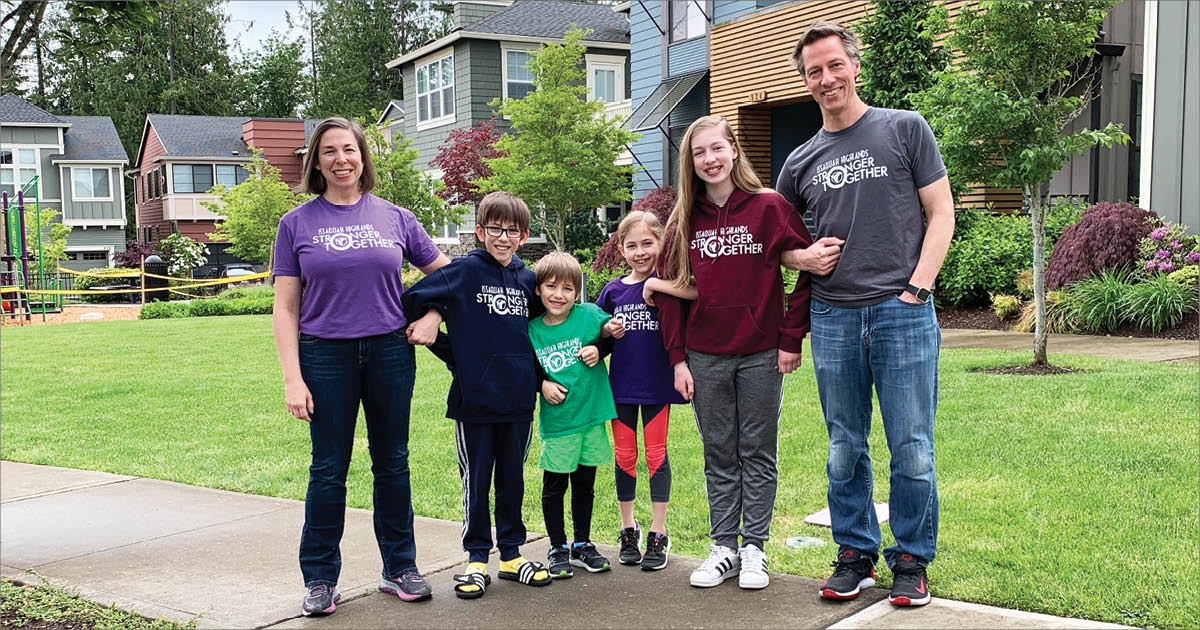 HFN Board of Directors 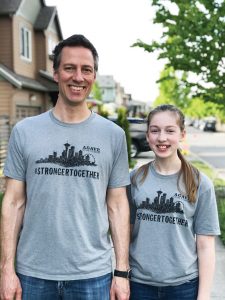 Volunteer of the Month and HFN Board of Directors President Charlie Herb with his daughter, Anne.

My wife, Lisa and I moved to Issaquah Highlands from Kirkland in July 2003. That was back before Exit 18 was built and the only way into the neighborhood was from SE Black Nugget Road (now closed), and years before the school or the hospital were built. We were drawn to Issaquah Highlands by Port Blakely’s “urban village” vision, which included the promise of a diverse and inclusive community; numerous parks, trails, and open spaces within walking distance; and a future school, hospital, retail sector, and state-of-the-art fiber network.

Since moving to Issaquah Highlands, we’ve had four children: Anne (13), Daniel (11), Catherine (8), and Luke (6). Catherine and Luke were both born at Swedish Hospital in Issaquah, with Catherine born about a month after the birthing wing opened in late 2011.

Our first home was a townhouse in Sorrento, across from Grand Ridge Elementary School when it was built a few years later. We lived in Sorrento for 11 years before moving to Discovery Heights for six months while we finished construction on our current home in Pinecrest, where we’ve lived for nearly six years.

I started volunteering in Issaquah Highlands in 2003 when I joined what is now known as the Highlands Fiber Network (HFN) Advisory Group. In addition to HFN, I volunteered on the Sorrento Board of Directors during the last few years we resided in that neighborhood.

This fall marks my 17th anniversary volunteering with HFN. Our fiber network has been through several transitions over the years and I’m very proud to have acted as a community representative during that time, ensuring the best interests of the community informed each decision.

Some of the notable milestones over the past 17 years include:

I served as vice president of the HFN Board of Directors for the first six years after the community purchased the network from Port Blakely. At the start of this year, I took over as president of the board. I’m looking forward to identifying new and exciting ways for HFN to serve our community.

Our network continues to receive national attention, and we’re seeing more and more communities try to replicate what we’ve built. My hope is HFN will continue to be the state-of-the-art fiber network that contributed to our decision to move to Issaquah Highlands so many years ago. I’m very grateful for the opportunity to volunteer in Issaquah Highlands; it has been a very rewarding experience to serve the community.

Photo (top): Charlie (far right) and his family proudly wear their “Issaquah Highlands Stronger Together” shirts. Find out how you can get your own.

As published in October 2020 Connections >>