Maia Wraps Up Her World Tour

By Maia EsbensenMay 27, 2020Connections
No Comments 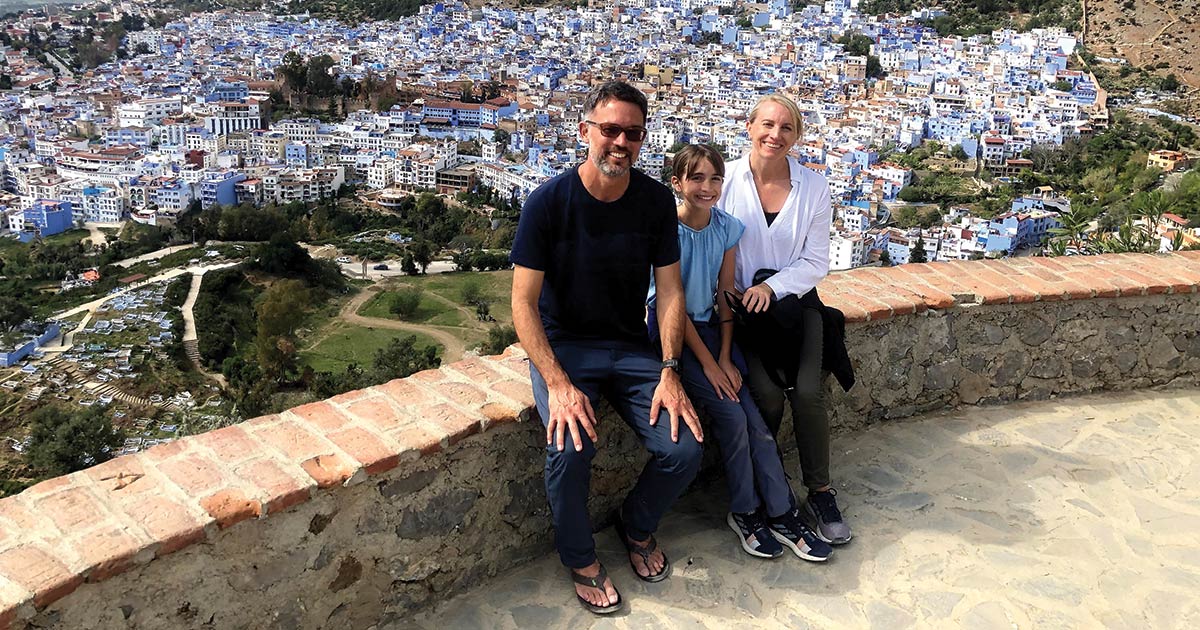 Istanbul and Morocco Adventures Come to an Unexpected End

In my final article about our family sabbatical, I’m sharing a little bit about our last stops in Istanbul, Turkey and Morocco, along with a few concluding thoughts.

After leaving Japan, we spent five layover days in Istanbul. The city’s architecture, food, and feel are very unique. A favorite site we went to was the magnificent Dolmabahçe Palace, set right by the ocean. All the gorgeous rooms made you stop and stare in awe.

One afternoon, we walked across a bridge in Istanbul that connects two parts of Europe. On the bottom of the bridge, there are dozens of restaurants. On top, there are tons of people sitting on little folding chairs holding fishing rods. When you view the bridge from afar, all the fishing rods look like a big silk curtain hanging down from the bridge.

After our stop in Istanbul, we flew to Morocco. Our first stop was Marrakech. The main square was chaotic, loud, foreign yet touristy, and had tons of sad animals. There were monkeys forced to dance at the end of ropes. There were snake charmers who scared me to death with their black cobras and eerie flute music. There were also donkeys, heaving under weight twice as heavy as themselves.

The street scene in the Medina of Marrakech was also pretty crazy. A typical street looked like this: a smoke-filled alley with tiny bits of light shining through rafters above; butchers; vegetable, fruit and sweets stands; many motorcycles and donkeys. As the sound of fast hooves approach, you will hear one word that means, “Get out of the way, or else!”

Our next stop was Essaouira where we went on a camel ride on the beach. (Ok, in Morocco, they are dromedaries, not camels, because they have only one hump.) As I got on my camel, I was feeling pretty confident until it stood up. Camels must stand up in two steps. On the back of the camel, it feels like a sudden jolt and you are going to fly off the camel and face-plant. The camel rocks back to stand and you hold on for dear life. If you think no other land animal on the planet looks bigger than an elephant, then you are wrong. From high up on the camel, it looks like you just climbed the Eiffel Tower. 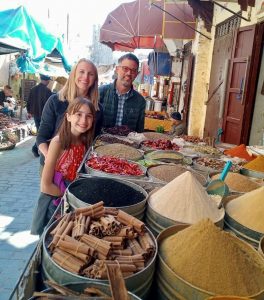 Maia’s family at a market in Fez, gathering ingredients for a cooking class.

Our next city was Fez. As our Airbnb host said, “Fez is two worlds: the world below on the street scene, where it is full of chaotic action, and above the rooftops where it is peaceful and calm.”

In Fez, we took a cooking class and bought ingredients at the outdoor market. We got vegetables from a produce vendor, spices from a spice vendor, chicken from a butcher, and sweets from a sweets shop. Then, we went back to the kitchen with our guide to prepare the meal. We made harira soup, one of my favorite Moroccan dishes, a lemony chicken tagine, and orange pudding. Everything was so delicious.

Our last stop in Morocco was Chefchaouen, Issaquah’s sister city. If you search “Morocco pictures” online, a good number of those photos will be of the blue streets of Chefchaouen. All the walls and many streets are painted sky blue. This gives the town a summery feeling. Whether clear skies or rainy days, in Chefchaouen, it always feels like the sun is shining down on you. But the nice paint is not just for looks – if a street is painted blue that means it is a dead end.

The Unexpected End to Our Family Sabbatical

Our travel plans began getting more complicated and more stressful as our time in Morocco wrapped up. The coronavirus was closing in, touching all parts of the world. We were considering going back to the U.S. or waiting for things to get better while staying in Europe.

We thought wherever we would go, we would be in isolation or quarantined for two weeks. If we went back to the U.S., we could not move back into our Issaquah Highlands house until July (renters are living there). Or, we thought, we could go to Spain, which might be a little ahead of the U.S. in “flattening the curve.” There, we were fairly sure we could be in a nice place for two weeks.

We took a 15-minute flight to Gibraltar, walked across the border to Spain, and then drove to our apartment. We stayed in our apartment in Spain for about 1.5 weeks. Then we made a tough decision to come home to the U.S. because, in Spain, we were not even allowed to go outside. We also started getting emails from the U.S. Embassy saying to come home, and we began hearing news that Spain would extend its lockdown. I was happy I would be in the U.S. again because I could feel half-way home and see some familiar things. I was sad because I had anticipated going to Paris, Sicily, and other places in Europe.

We took several flights and finally arrived at our family’s beach house on the central Oregon coast. It was really weird because I could not believe I was back in the U.S., when only 48 hours ago I was speaking Spanish in Spain. It only took me a couple days to adjust. Now, I am excited to see familiar things like forest trails, hear frogs at night, eat at my favorite restaurants, and eventually return to school and see friends in the Issaquah Highlands again.

Note from the Editor: We hope you enjoyed reading Maia’s travel stories over the past five months. You can read all of Maia’s articles on our blog at issaquahhighlands.com/tag/travel.

As published in June 2020 Connections >> 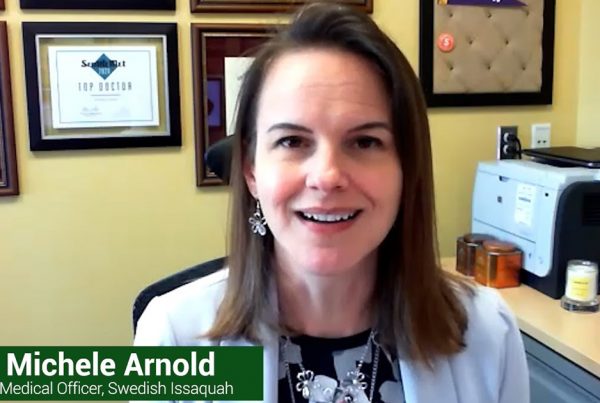 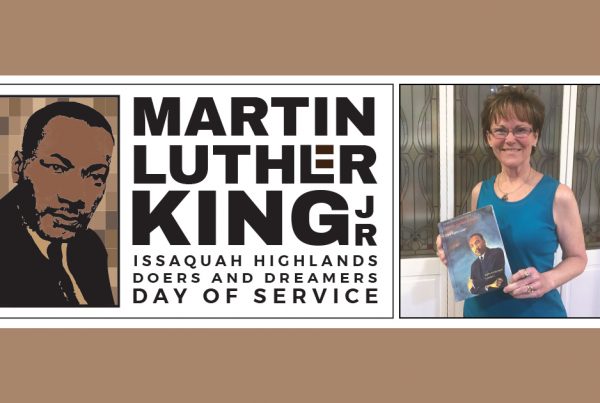