Maia Travels Around the World: Asia

By Maia EsbensenApril 28, 2020Connections
No Comments 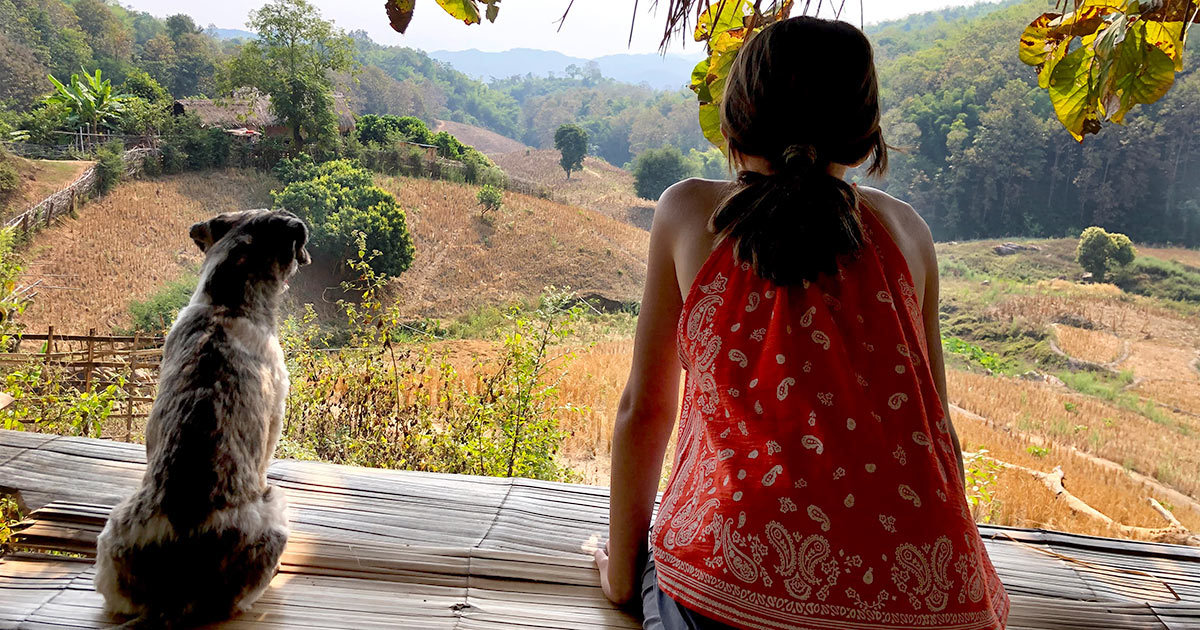 Welcome back to my travel column! This time, my family is exploring Asia.

Wet Market (ตลาดสด) is a market in Bangkok, Thailand. This is the only place in Southeast Asia where I felt overwhelmed.

As my family entered the market, it all seemed relatively fine, but as we went deeper into the market, it got more and more eccentric. Live and dead frogs were piled in separate bags, chicken feet were poking out of baskets ladies were carrying, and turtles were laying in buckets with only a centimeter of water. 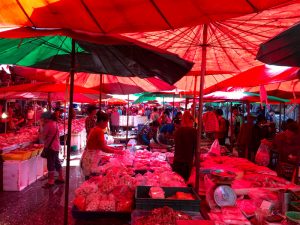 We headed down an alleyway where red umbrellas and tarps hid the sky and gave everything a red glow. A hoard of people pushed me unsettlingly close to animal hearts laid out in rows on a table. My own heart jumped at this sight! The sound of large knives hitting cutting boards echoed all around me. The locals did not see this chaos. They saw a reasonably priced heart here or there, or a good-looking chunk of meat. I could only imagine what this would be like – to see the market through their lens.

While we were in Thailand, we did an overnight two-day trek. After taking a boat to the trek’s starting location, we walked through farmlands. Grain was planted over rolling hills as far as you could see. Cows and buffalo laid in the fields. It was very hot as we climbed the hills and saw the start of a bright, green bamboo forest. It was much cooler in the shade of the bamboo, which creaked and echoed all around us.

After a while, we arrived at the village where we would sleep. The houses were made of logs, bamboo, and straw. Plants dried out on house decks and some people were preparing dinner. Dogs wandered around and slept in the shade.

We went inside the house where we would stay and watched the cooking and preparation of our dinner. The floor of the house was simply made of dried bamboo that heaved with your weight. Inside, a lady stirred something in a large pot over a fire. Men, including our guides, ground up meat and prepared the sauces and vegetables. The dinner was incredible! The ladle never stopped going to and from my plate to the bowls of food. It was the best Thai food I had in Thailand.

The next day, we hiked again and stopped at a little open-air hut on the edge of the forest. A fire crackled. Our guide said this is where we would stop for lunch. A man was hunched over the fire, laying meat over bamboo sticks over the fire. The hut was perfect – it looked out over the entire valley and beyond to the city of Chiang Rai. The breeze was cool and calming and the view was stunning. One of our guides carved bamboo stalks into cups for us. Another guide showed my mom how to prepare the vegetables. Our guide put the vegetables and the sauce in a hollow bamboo stalk and smashed them up with a pounder.

After many other sights in Thailand, we went to Hanoi, Vietnam. There are no perfect words to describe the streets of Hanoi, but here are a few I can come up with: ‘chaotic,’ ‘loud,’ and ‘insanely crowded.’ It seems like the only requirement to get your driver’s license is to have a horn. There is gridlock at every intersection. Motorcycles are wedged in every inch, in every way. Beeping horns are almost a constant, and no one stops for you.

The restaurants in Hanoi have an interesting style, too. You sit on tiny plastic chairs and another plastic chair is often your table. On our first day, we decided to try out this way of eating. A lady came over and my dad motioned towards all of us and said, “three.” A minute later, the lady came out with three bowls and a tray. On the tray were fresh vegetables (which we avoided like the plague). We poured broth into our bowls with noodles and herbs we could not avoid. The noodles were delicious!

After Vietnam and the rest of Southeast Asia, we had quite a change: Japan.

In Southeast Asia, it was hot. In Japan, it was cold. In Southeast Asia, we saw lots of garbage, but Japan was super clean. In Japan, everything must be, and go, in an orderly, neat fashion. For example, the train station is super clean and there are tons of signs everywhere directing you where to go, where each numbered train car will be, which trains have bathrooms, and even which direction to point your feet while standing in line. 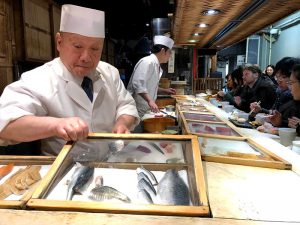 When we first arrived in Japan, we went to get breakfast at the fish market. There, we slid down a narrow passage where warm air seeped out. We walked by little restaurants for a while, looking for a good one. We came upon a little counter where people were seated. An old man and a woman were cutting fish behind the counter. There were three stools in the corner at the end of the counter; we took them and ordered. Warm green tea was placed in front of us. We sipped it as our sashimi was cut and prepared. The food arrived and we pulled out our chopsticks. The fish was not at all fishy but had a fresh, cool taste – like the sea without salt. It was cold, clean and see-through. It was so good! Even after all the sushi places we visited in Japan, our very first experience was the best.

Asia was so diverse and such a great experience. I loved Asia.

Next month, read about our travels to Istanbul and Morocco along with some final reflections on our worldwide family sabbatical.

Photo (top): Maia looks out over rolling hills while on a trek in Thailand with her family.