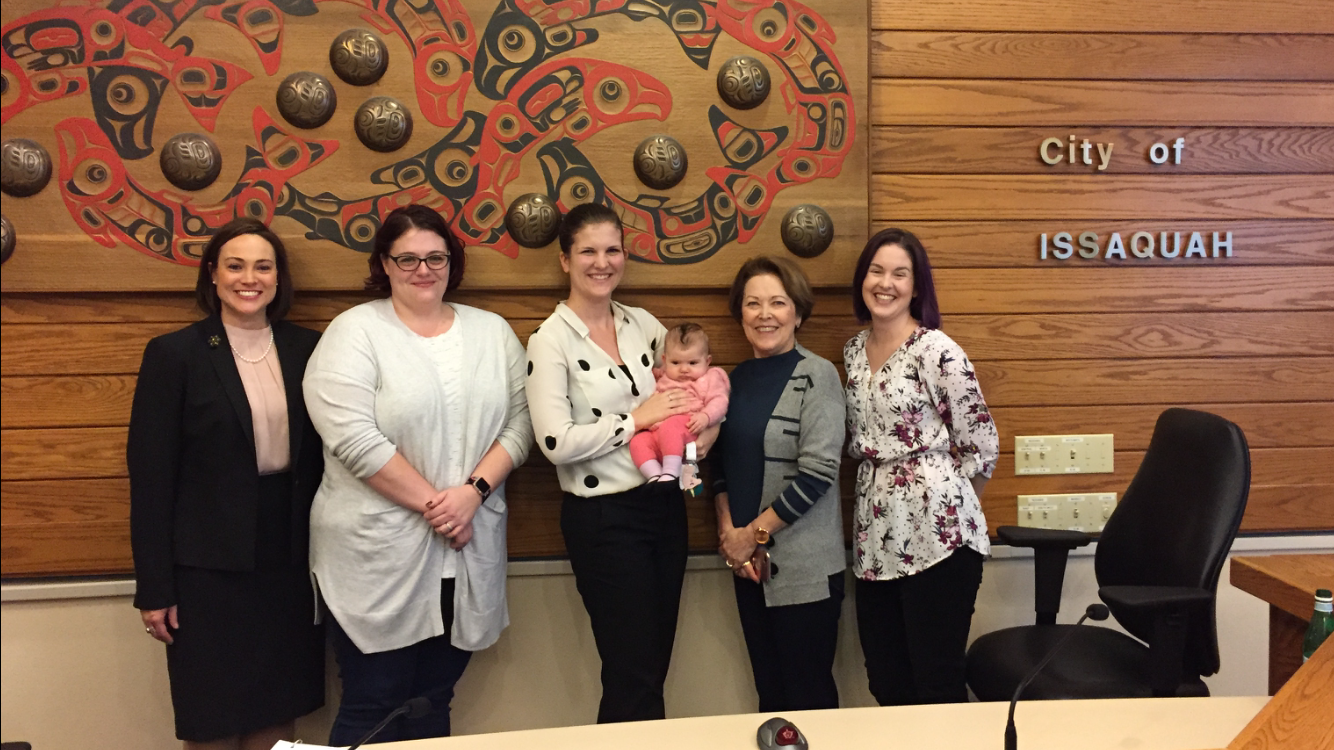 2/04/19 UPDATE: The City Council is scheduled to make their selection of new councilmember from this slate of applicants at their next regular meeting on Tuesday, February 5, 2019, 7:00pm (weather postponement from Monday). Live stream here>>> or watch channel 21 in the city of Issaquah.

January 16, 2019: On Monday night five women, including four residents of Issaquah Highlands, stood up for the open City of Issaquah Council seat. The Issaquah City Council held a special meeting in Council Chambers at 5:00pm on Monday, January 14, 2019 to hear speeches by those who had submitted applications to fill the seat.

In his opening comments, Council President Tola Marts characterized the group by saying, “We have five really strong and enthusiastic candidates.” To hear their speeches, link to a video of the meeting here>>>.

See in right-hand sidebar a few details about the candidates, including stated occupation, positions in which they currently serve for the City of Issaquah (if they do) and excerpts from application question #1, “Why do you want to serve on the Issaquah City Council?”

When a council seat opens from a member resigning, in this case with Bill Ramos resigning to take elected office in the Washington State House of Representatives, the City Council initiates the process by which they pick the replacement.

Not as lengthy or rigorous as an open election, the application process is still quite involved. First each applicant submits a resume, cover letter, letters of reference, and answers to ten complex questions about governance.

The questions explore the understanding each applicant has of the issues in the City of Issaquah. One such question asked is, “When considering city growth, what would you do to protect the quality of life in Issaquah and its character?” Another question is: What do you believe Council’s role should be relative to housing affordability in Issaquah?

The second step is the special meeting which took place on Monday, where the applicants stood before the Council and gave speeches up to ten minutes in length. Following the speeches, the Council retired to executive session where they could discuss the applicants in private and consider narrowing the field through nominations. After an hour-long session, they returned with Councilmember Stacy Goodman (Issaquah Highlands resident) recommending to not narrow the field. “It would be my preference that we have all five applicants continue with the process,” Goodman proposed.

“I am very impressed with the entire field and I am looking forward to our next event,” Councilmember Chris Reh concurred to keep all five applications in the process. “I would also encourage those of you who I have not had the chance to talk to one on one to please reach out to me. I would love to schedule some time to chat.”

The next scheduled event is a meet-and greet (and jokingly referred to as “Speed Dating with a Councilmember”) is at 6:00pm in the Eagle Room at City Hall on Tuesday, January 22. The Council is expected to fill the vacancy with a decision at their regular meeting on Monday, February 4, 2019.

The appointee to the vacant seat will serve until the November 2019 general election is certified.

Disclaimer: **As an organization, Highlands Council does not endorse any candidate.**

Issaquah Highlands residents’ names have been starred. The order is the random order of applicant’s speeches before the Council.

“Public service has always been a personal goal of mine, and because I truly love my city, I am committed to making a positive impact to the future of our community. My husband and I will raise our children here…”

“I am a long-term resident of Issaquah. I originally moved to Issaquah in 1994. I attended Clark Elementary, Issaquah Middle School and graduated from Issaquah High School… Interest in local politics since this is the level of governance that most directly affects my community.

“I want to serve the city that is my chosen home to guide the future –To protect the town we know and guide its growth during this important time of development. I care about our community – our schools, businesses, green space – want to give back to the best of my abilities…”

“To contribute to the positive and intentional growth of the city of Issaquah. Be a more involved community member and be a voice for others.”

“…My personal goal in retirement is to serve my city in some measure…This is a perfect fit with my skills to serve my city…I like this community and think I would do a good job and could help make it a good place for people to live.” 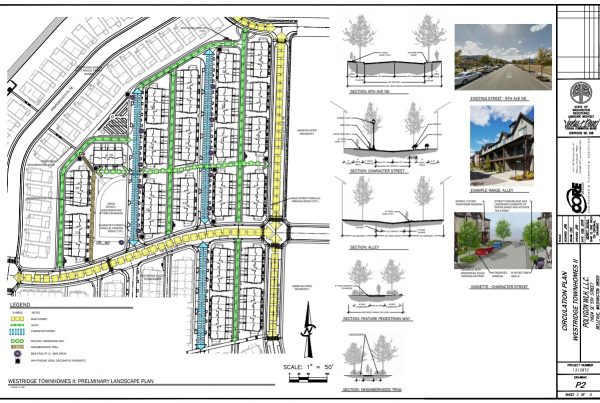