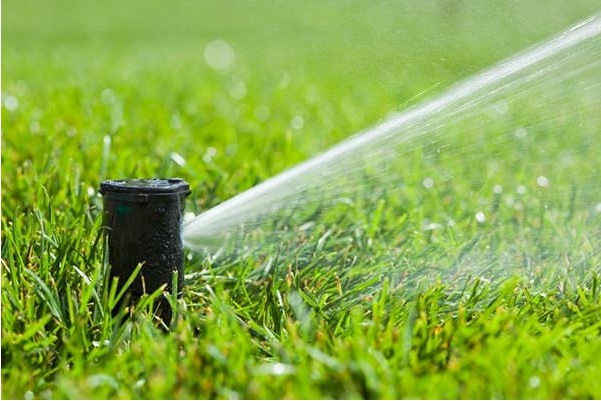 Every day during the irrigation season your IHCA office receives calls and emails about sprinklers needing attention and the like.  With the high cost of water in Issaquah every irrigation repair is a pressing concern to your community’s maintenance staff.  With over 65 systems, about 1,000 zone valves and hundreds of miles of piping and related hardware, it is necessary to have a plan for prioritizing repairs and trouble calls.

As you will read below not every irrigation trouble call is created (or treated) equally.  Daily – sometimes more often – we are forced to re-task our staff based on the urgency of new trouble calls and reports.  We take this work seriously and are grateful for the help of residents who call or email throughout the season.

Order of Priority for Irrigation Repairs

Top priority is mainline breaks. Mainline breaks waste water at the fastest possible rate and cause property and landscape damage at the same time.  A mainline break is a bona fide emergency that causes us to drop everything NOW.  Pressurized and uncontrolled flows focus one’s attention like nothing else.  After-hours breaks are handled by community association staff and/or the city (Public Works keeps people on call just like we do).

Second priority repairs are those concerning stuck-on valves or other troubles which leave a system running for hours or longer.  Though we have hardware and practices in place to minimize this, it still occurs from time to time.  It’s much less of an emergency than a mainline break as the water is controlled and falling on a larger area.

Third comes system-wide problems such as a controller or pump failure in which nothing operates (the dry opposite of number two above).  This is urgent though not an emergency as property damage is not occurring – yet.  Most landscapes will survive this for a time though turf and flowers will show some wear and tear.  This is usually an electrical issue though sometimes vandalism contributes, too.  On this note, when you see unauthorized people accessing irrigation controls or valves please call the police (anytime) or the IHCA office during business hours (425-427-9257).

At the fourth level of priority we finally come down to broken lateral lines or failed zone valves which affect individual zones.  At this level the problem is just one zone in a larger system.  Broken pipes can lead to property and landscape damage so they are usually shut off until a complete repair can be made.  Fortunately most individual zones run for less than 10 minutes which minimizes damage.  Zones that are not irrigating resemble small-scale versions of the Second Priority above.  Wiring, controller and hydraulic issues can lead to this problem.  Sometimes the solution is straightforward but wiring issues can be extremely problematic and time-consuming.

Fifth priority is given to individual broken sprinklers or cut drip tubing.  While wasteful and sometimes dramatic these repairs pale in comparison to mainline and lateral breaks.  Sprinkler scheduling also helps minimize the time in which these problems are able to cause damage.  Again, most zones are only scheduled to run a few minutes so the actual time in which the trouble occurs is quite small and the water waste is inexpensive.

Amazingly there is a sixth priority level of individual heads that are not working properly.  Within this category are heads which have been overgrown by sod or shrubs, fouled by debris or simply worn out.  If we use an average of 40 heads per zone we have some 40,000 individual sprinklers here at Issaquah Highlands, along with many miles of buried drip lines.  Since so many are in high-hazard locations such as alongside streets and driveways we see quite a few broken sprinklers every season.  Our larger park sprinklers are also prone to wear out with time, too.  Their moving parts tend to wear out in about five seasons.

After all this there is still much more – so far everything has been reacting to a known problem.  Overlaying the entire process we monitor the drip systems which keep the community’s hanging baskets watered, we hunt down problems before they can become bigger, monitor the performance of systems in general and new repairs in particular (controller, wiring and electronic issues have an interesting tendency to resurrect themselves).  There is also the matter of which side of property lines the repair is on:  condos and supplemental neighborhoods have different budgets from common areas.  When we run into these situations we have to contact the appropriate folks so they can send their people out.  IHCA staff do not repair privately owned systems for residents or condos and they are not for hire.

Before we even get to the water-saving side of irrigation management we are also frequently called to coordinate with builders and the developer or city.  These parties usually have very expensive production schedules and equipment which cannot sit idle so they frequently bump many of our other priorities around.  For instance, some construction work is notable for creating high priority work, too – PVC pipe is no match for an excavator.  When builders break it they pay for the repairs so there is little financial impact but the work still must get done.

All along the way we are also modifying or auditing systems to see if they can be run more efficiently.  About half the controllers at IH need regular adjustments for seasonal weather.  The other half require monitoring even with Weather Reach and now ET Manager lending a hand.  Technology helps make systems more efficient but the technology itself is a source of work and potential troubles itself.  Automated, though?  No.  It makes for a long and busy irrigation season but it’s never boring.