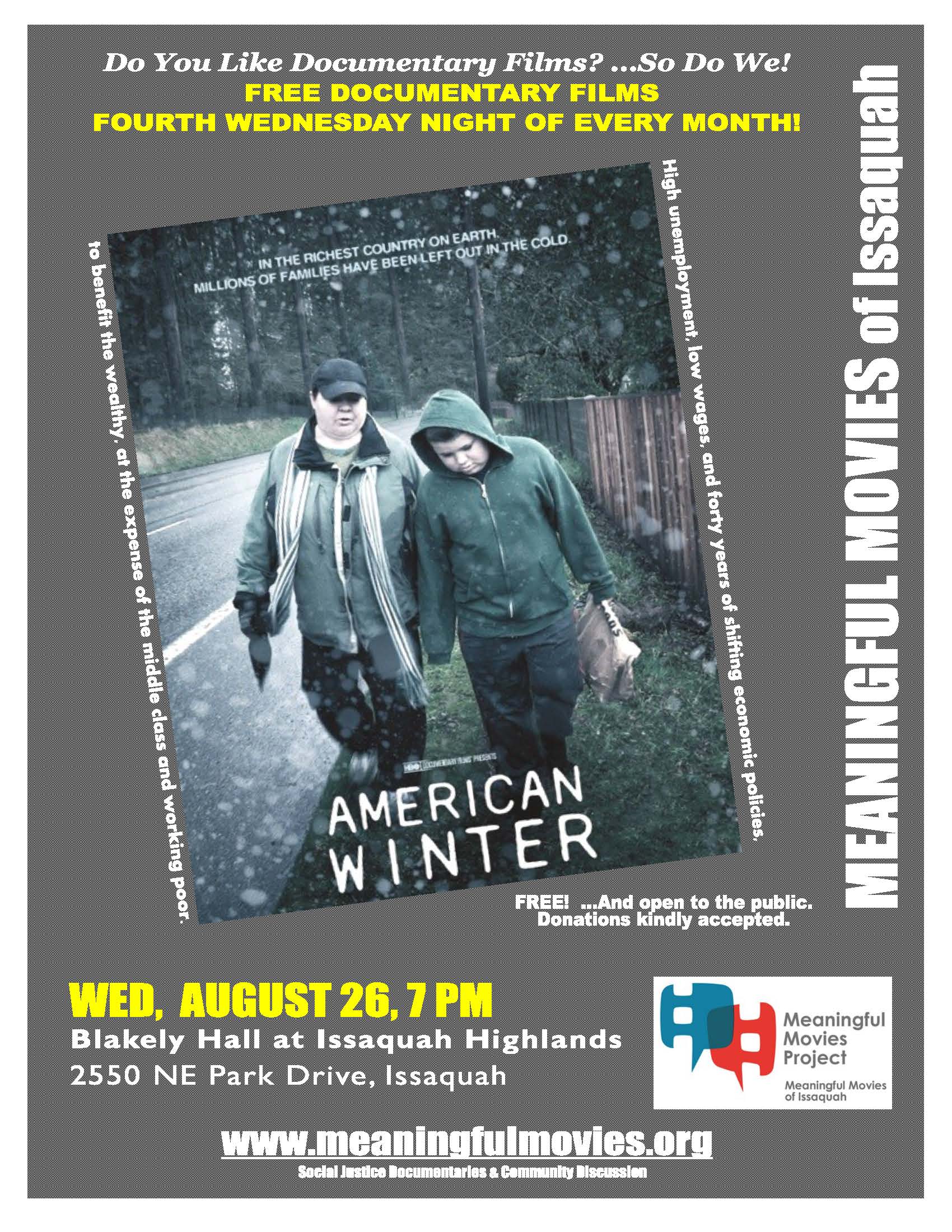 In the richest country on earth, millions of families have been left out in the cold. This documentary feature film reveals the personal side of the aftermath of the Great Recession. Filmed over the course of a year following eight families in Portland, Oregon, this film endeavors to tell the story of millions of Americans who suffer during what is a recovery for only some of us. The Paul G. Allen Family Foundation supported the Emmy award-winning Director/Producers, Joe and Harry Gantz and HBO to make this film.