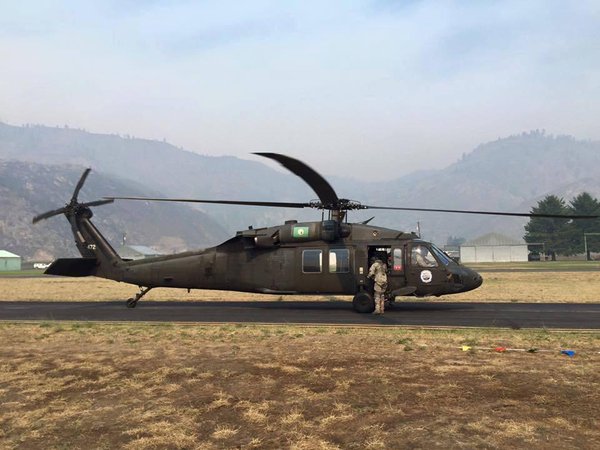 See a Black Hawk Helicopter? It’s Only a Drill!

This is only a drill.

To better prepare for disasters, the City of Issaquah – along with community partners including the Issaquah Highlands Council – are participating in the regional Cascadia Rising exercise from June 7-10.  Here’s the scenario: A 9.0 magnitude earthquake has hit the west coast, and our community has sustained extensive damage.  As part of this exercise, Issaquah is partnering with the National Guard, which plans to land a Black Hawk helicopter on Central Park Field. Residents may also see uniformed police officers and firefighters onsite during the exercise. Responding to a significant disaster requires effective coordination of governments at all levels – cities, counties, state agencies, federal officials, the military, tribal nations – as well as non-government organizations and the private sector.

One of the primary goals of this exercise is to train and test this teamwork approach to complex disaster operations. To learn more, go to fema.gov/cascadia-rising-2016.

*As part of the Cascadia Rising Earthquake Exercise, there will be a brief helicopter landing at Central Park.  We want to make sure that everyone is a safe and this requires maintaining a safe distance away from the helicopter landing site.  Central Park will be closed during the helicopter activities.  Gates to the park will be locked to keep cars from entering.  Issaquah Police and Parks and Recreation Department team members will be present.